Kelly earned her bachelor of science degree in finance from Indiana State University. While earning her degree, she had an internship with Wabash Capital, Inc. in Terre Haute, Indiana.

Kelly lives in Robinson, Illinois with her husband, Travis, and their five children. She enjoys reading, participating in a local book club, spending time outdoors and exploring new destinations. Kelly’s primary pastime is taking part in the various activities in which her children are involved. 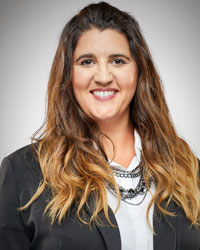